Here is the entire directory structure along with what they contain:

/ – Root directory that forms the base of the file system. All files and directories are logically contained inside the root directory regardless of their physical locations.

/bin – Contains the executable programs that are part of the Linux operating system. Many Linux commands, such as cat, cp, ls, more, and tar, are located in /bin

/boot – Which contains the Linux kernel and other files needed by LILO and GRUB boot managers.

/dev – Contains all device files. Linux treats each device as a special file. All such files are located in /dev.

/etc – Contains most system configuration files and the initialisation scripts in /etc/rc.d subdirectory.

/home – Home directory is the parent to the home directories of users.

/lost+found – Directory for lost files. Every disk partition has a lost+found directory.

/proc – A special directory in a virtual filesystem. It contains information about various aspects of a Linux system.

/sys – A special directory that contains information about the devices, as seen by the Linux kernel.

/tmp – Temporary directory which can be used as a scratch directory (storage for temporary files). The contents of this directory are cleared each time the system boots.

/usr – Contains subdirectories for many programs such as the X Window System.

/usr/bin – Contains executable files for many Linux commands. It is not part of the core Linux operating system.

/usr/local – Contains local files. It has a similar directories as /usr contains.

/usr/src – Contains the source code for the Linux kernel.

/var – Contains various system files such as log, mail directories, print spool, etc. which tend to change in numbers and size over time.

/var/lib – Contains information relating to the current state of applications. Programs modify this when they run.

/var/lock – Contains lock files that are checked by applications so that a resource can be used by one application only.

/var/run – Contains data describing the system since it was booted.

/var/spool – Contains data that is waiting for some kind of processing.

No comments to show.

You may have missed

October 5, 2022
How To Enable Ransomware Protection In Windows 11

How To Enable Ransomware Protection In Windows 11

September 27, 2022
Turn a Windows Machine into a Time Server 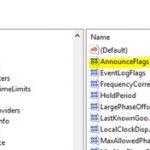 Turn a Windows Machine into a Time Server 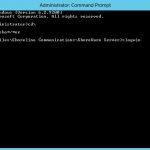 How To Run a Mitel Slogwin